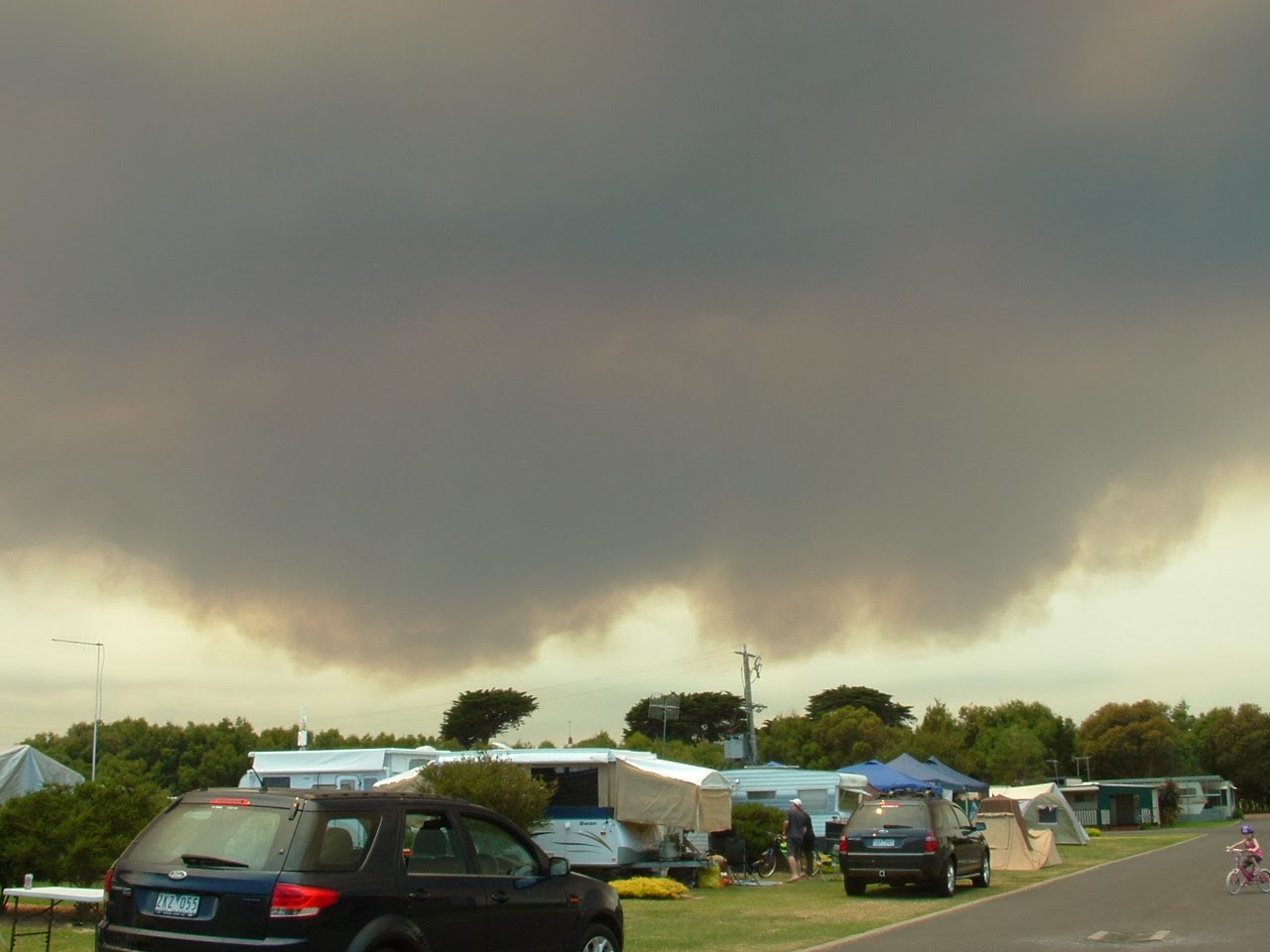 So far this Summer, that ever present danger of grass and bushfires has, fortunately, kept clear from us.  But this is not true, of course, for many others in this fire-prone State.

Even when fires are burning elsewhere, we sometimes see the resultant atmospheric indications.  This was the case on January 17th. when major fires were burning in the Grampians. 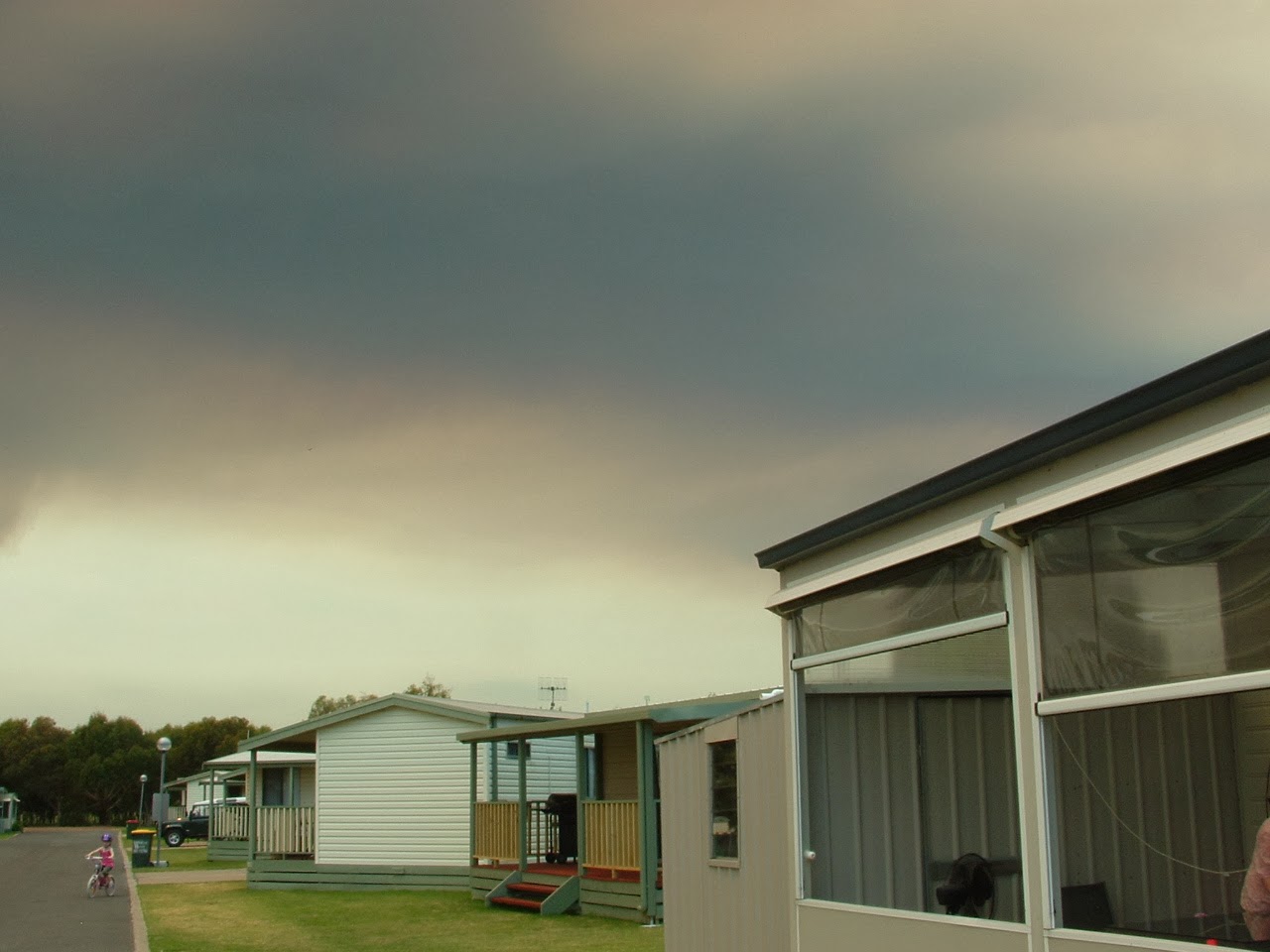 Even though we were over 100kms from where the fires were burning, a northerly wind brought home one of the realities or dangers of such large conflagrations.  Although never in any sort of danger, from either fire or smoke, evidence of the fires was clear when one looked to the skies.

A salutary warning - if we experience a lot of smoke (admittedly high in the sky) from such a long way away, what must it be like in proximity to the fire itself.
Posted by Smirc at 4:21 pm